Forget Windows, Linux or MacOS: Our choice of the best alternative ope…

Do something different with your PC, smartphone, laptop and desktop 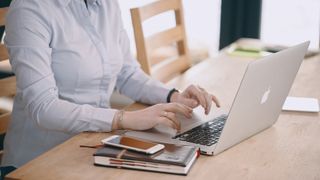 If you're fed up with Windows, Linux, or macOS, you'll want to know if there's a great alternative desktop operating system that's worth using.

While there are no absolute definitive answers here ? everyone's use case is different, after all ? we've discovered ten distinct examples that fall outside the usual bounds.

RECOMMENDED VIDEOS FOR YOU...

Our list even includes a few true outsiders, independent operating systems built from the ground up which serve mainly to prove just how difficult it is to create an entire functioning OS without a large number of brains working on it.

Everything here can be tested reasonably within a virtual machine, so if something grabs your interest don't hesitate to download and give it a try.

The last of the OS/2 projects

ArcaOS is an operating system based on the last IBM release for OS/2. While OS/2 barely survives as a legacy system, even after being extended for a while as eComStation, ArcaOS is still being actively developed with Spanish and German language editions expected to be released in the next update.

ArcaOS is a 32-bit OS that runs on the x86 processor architecture, so should be compatible with some particularly old PCs. Though it's native file system is JFS, it can still work with FAT12, FAT16, or FAT32 formating.